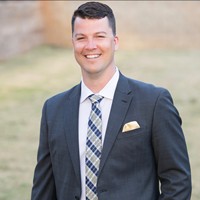 Former Navy Lieutenant Mitch Harris has had the rare privilege of serving his country while also chasing his major league baseball dream. A native of Florida who grew up in Georgia, Harris began his military journey upon receiving a nomination to attend the U. S. Naval Academy.  Mitch was a pitcher and utility player on the Naval Academy baseball team all four years.

After graduating from the Naval Academy with a degree in General Engineering, Harris served onboard the USS Ponce (LPD 15) and USS Carr (FFG 52).  Following his five years of active duty, Harris joined the St. Louis Cardinals.  Though the first few years of the minor leagues brought their own struggles, Harris finally got back to his pitching form and was called up to the Major Leagues on April 21, 2015. On April 25, 2015, Mitch made his MLB debut against the Milwaukee Brewers, and in doing so became the first Naval Academy graduate to appear in the major leagues since 1921, and just the second to ever do so.

Mitch’s efforts were recognized by both the St. Louis Cardinals and the Boston Red Sox the following year. The St. Louis Baseball Writers presented him with the J. Roy Stockton/Broeg Award for Outstanding Achievement in Baseball, and the Boston Red Sox named him the Tony Conigliaro Award winner, which is given to a Major League Baseball player who has best “overcome an obstacle through spirit, determination, and courage that are trademarks of Conigliaro.”

Mitch now uses these same ideals while working with a selective group of families, business owners, and professional athletes to ensure they meet their goals and help them achieve their dreams as a Financial Advisor with Merrill Lynch in Atlanta, GA. Mitch has earned his Accredited Wealth Management Advisor℠ designation.

Welcome to the new members who joined us in October:

Grow your businesses through trusted group referrals in this group of business owners and high-caliber sales reps whose clients are companies with 10-250 employees.

The Digital Growth Circle is for 10X Vets members who want to generate more business in the digital realm. Here, you’ll learn the best digital strategies, tactics and tools from experts and proven best practices from your peers.

The Mindfulness Circle meeting will begin with a guided meditation session.  It will begin by focusing on posture in a way that helps you to breathe deeply and naturally.  We will then move through a few other key points and do a 5-minute meditation.  After this, we will discuss any questions and suggestions you have.

Increase your knowledge, network and net-worth in this group of entrepreneurs, real estate investors, investment fund managers, and start-ups who are raising capital.

This meeting is for 10X Vets members in the real estate development and construction industry who want to grow their network, increase their knowledge and win more work.

All members meet monthly for cross-industry networking and knowledge sharing.

10X Vets is for military veterans who want to grow their businesses to a new level.

What 10Xers Are Saying

CLICK HERE to learn more and schedule a call with our team!